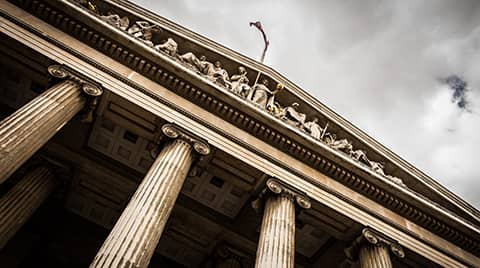 The law surrounding the process of immigrating to the United States is complex. This is due in part to the varying goals that individual immigrants might have. While some people might be seeking citizenship, others are more concerned with fighting back against deportation proceedings. No matter your goals, a Dalton immigration lawyer is ready to help. From securing citizenship to fighting against deportation proceedings, a dedicated immigration attorney could be the answer to your problems.

Although residency and citizenship are similar concepts, there are vital differences between these two legal statuses. Both statuses confer the right to remain in the United States but citizens have much greater freedoms compared to lawful permanent residents.

Permanent residency is not only a step toward citizenship, it is also the long-term goal for many immigrants that come from another country. Permanent residents still enjoy many of the rights that citizens do and can remain in the country for the rest of their lives in most cases.

Obtaining citizenship or lawful permanent residency is not the only way an attorney could help during the immigration process. Often, an attorney’s most important role involves helping an immigrant avoid deportation.

Deportation and removal are often associated with immigrants who enter the country without legal status or those who overstayed their status. However, there are a number of ways that lawful permanent residents could also face the risk of deportation. Some of the most common grounds for deportation include criminal convictions, the failure to comply with immigration laws, or reliance on public assistance. Those who seek asylum may have a specific reason why removal is unsafe. An attorney could fight back against someone’s deportation and removal under any of these circumstances.

For many, the best chance to obtain lawful permanent resident status is by having a close family member sponsor their application. Family-based immigration is one of the most common ways that foreign nationals seek permanent residence in the country.

There are generally two methods of helping a loved one obtain residency through family-based immigration. For U.S. citizens, it is often possible to obtain a green card in short order for spouses and minor children. However, the process can be more complex for family members of lawful permanent residents. There is a preference system involved for certain relatives like adult children or parents. An immigration lawyer in Dalton could advise a family on their legal options for coming to the country.

Talk to a Dalton Immigration Attorney to Discuss Your Case

Whether you are seeking admission into the United States or are concerned with the possibility of being removed from the country, a bilingual attorney could be invaluable to protecting your rights. In many situations, the right legal counsel could be the difference in obtaining the outcome you want and falling short of your goals. Do not take on the challenges of the immigration system alone. Contact a Dalton immigration lawyer right away for an initial consultation.