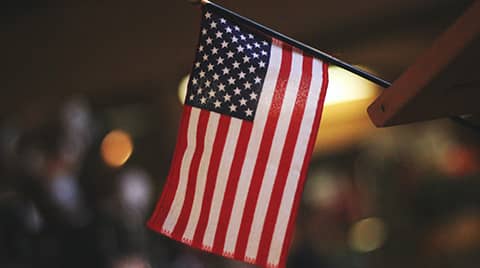 In some cases, a person returning to their country of origin could be dangerous for one reason or another. Understanding the potential for persecution, United States immigration law provides a path for non-citizens to remain in the country to avoid life-threatening harm. This legal process is known as asylum.

Success during the asylum process is never guaranteed but your odds could increase with the help of a seasoned immigration lawyer. Before initiating the process on your own, let a Dalton asylum lawyer review your case and advise you on your prospects.

Asylum is designed to protect refugees who are escaping dangerous circumstances in their home country. This process is intended for individuals who face such great risk that the normal immigration process would be unsafe to pursue.

In order for a person to establish that they are entitled to asylum, they must show that they qualify as a refugee under federal immigration law. This typically involves proving that the applicant holds a well-founded fear of persecution in their home country. This persecution must be on the basis of certain protected rights like political opinion, race, or religion.

Making a case for asylum is strongest with evidence of past persecution. By establishing that an applicant has already suffered at the hands of their government or other entity, it could greatly improve the strength of their asylum request. It is possible to obtain asylum without a history of persecution but requires further proof.

Does the U.S. Place a Cap on Asylum-Seekers?

Unlike certain forms of immigration, there are no hard limits on the number of asylum requests the United States can grant each year. That said, there is a limit on the number of individuals who have been granted asylum that can apply for a green card in any given year. Because of these limitations, the work of a Dalton asylum lawyer does not end when the asylee is allowed to remain in the country.

The Process for Seeking Asylum

There are specific steps that every refugee must take in order to apply for asylum in the United States. Each step is important, and any mistakes along the way could slow the process or end it altogether. An asylum lawyer in Dalton could help ensure that the applicant meets each of these requirements during the process.

The process of filing for asylum begins at an American port of entry. An applicant must be physically present within the United States in order to apply for asylum under the law. Once there, they must file a document known as I-589. This filing must occur within one year of arriving in the United States. Upon receiving the form, United States Citizenship and Immigration Services (USCIS) will provide applicants with an acknowledgment of receipt.

The next step involves a series of security checks that start with fingerprinting. Following fingerprinting, applicants must undergo a series of background checks and sit for an interview. Applicants have the right to have an attorney present during the interview process. In the end, USCIS will determine whether or not to grant an applicant asylum.

For many immigrants, asylum could represent the best chance to avoid persecution or violence in their home country. While acceptance is never guaranteed, new applicants could increase their odds with the right attorney by their side. If you or a loved one are considering an asylum request, do not do so without legal counsel. Call a bilingual Dalton asylum lawyer right away to get started.