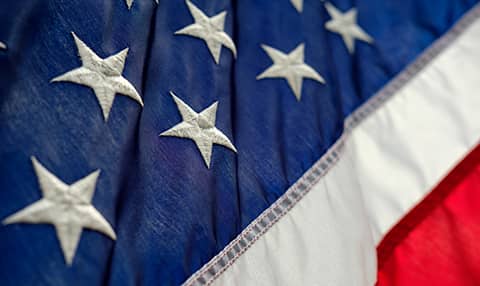 The process to obtain U.S. citizenship has multiple requirements and can be time-consuming. Many immigrants strive for naturalization for years before achieving full citizenship.

Individuals looking to begin this process, and those already working to complete their immigration journey, would benefit from experienced bilingual counsel. If you are trying to become a United States citizen, contact a Marietta citizenship and naturalization lawyer today. A dedicated immigration attorney has the skills and resources necessary to advise you on what needs to happen in order to complete the process.

Naturalization is the process a person must go through to become a full citizen of the United States. Not every immigrant can file for naturalization. Before an individual can take this step, they will have to meet several requirements, including:

Qualifying individuals must still take a test before the government approves their application. The test will include information regarding United States history, how the government functions, and the ability to read, write, and speak English.

There are several actions that a person must take in order to obtain citizenship. First, individuals must file an application for naturalization. Applicants will also be scheduled for an appointment where they will submit their fingerprints and biometrics for the government to conduct a criminal background check.

United States Citizenship and Immigration Services (USCIS) will conduct an interview with an individual regarding their background and information from their application. Once a person passes their civics exam and English language tests, USCIS will hopefully approve their application. Finally, they will take an oath of allegiance to the United States during a public ceremony.

The process to become a citizen can take a long time and a person might face obstacles on their road to naturalization. A Marietta citizenship application lawyer could guide a person every step of the way.

Unfortunately, some individuals will receive denials of citizenship. There are a few explanations as to why a person might be denied. One possible reason is that the person failed their English and/or civics naturalization test.

Applicants who failed the test can study to take the exam a second time. It is also possible to take the civics test in a foreign language through the help of a translator if the applicant meets certain requirements. Another possible reason officials may deny an application is because the applicant lacks good moral character. In many cases, it is due to a criminal conviction on their record.

Even relatively minor offenses can prevent someone from obtaining citizenship. In other cases, the applicant might not meet financial obligations such as paying child support, they might not have lived in the United States for the appropriate amount of time, or the government determines their application to be fraudulent. A local citizenship and naturalization attorney could work with an immigrant to determine the reason for the denial and identify any possible ways to reapply for citizenship.

In some cases, an applicant may have the ability to file an appeal after the government denies their citizenship application. They may need to retake the appropriate tests and schedule a hearing with a new case officer. In many instances, the appeal will lead to different outcomes, and officials can revoke the earlier denial. The prospects of a successful appeal increase with the assistance of a legal advocate.

Consult with a Marietta Citizenship and Naturalization Attorney Today

The road to citizenship in the United States is not always easy. However, a legal representative could help you through many of the hurdles you face throughout the process. Becoming a citizen offers many benefits and protections. If you are seeking United States citizenship, contact a Marietta citizenship and naturalization lawyer to discuss your case.