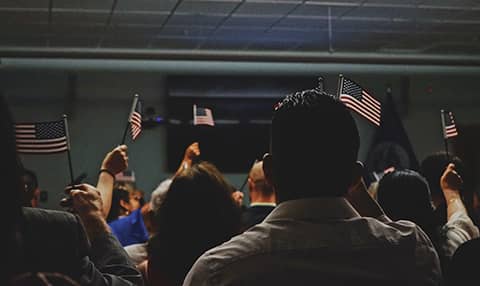 The deferred action for childhood arrivals (DACA) policy presents opportunities for young people brought into the United States at young ages without any documentation. DACA aims to address the issue of thousands of young individuals who were born in other countries, taken to the United States through no choice of their own, and struggle with the inability to obtain jobs and education because of their immigration status.

Although the government offers this opportunity for these individuals, often known as “DREAMers,” taking advantage of the benefits that DACA offers can at times be challenging. If you are experiencing difficulty asserting your rights, contact a Marietta DACA lawyer today. A compassionate family immigration attorney is ready to work with you.

Who Qualifies Under DACA?

The protections that DACA offers only apply to certain individuals, and applicants must reapply every two years to maintain their status. To qualify, a person must:

The United States Citizenship and Immigration Services may in their discretion approve a person for deferred action. Qualifying individuals who face standing deportation cases may also qualify under this program. Anyone who believes they might qualify for deferred action should consult with a Marietta DACA attorney.

Qualifying for DACA protections comes with several benefits. For the two years after approval of a DACA application, the recipient may legally work and live within the United States. With legal status, DACA recipients can obtain a driver’s license, go to school, and live free from the fear of deportation. It is also possible to obtain permission to travel outside of the United States and return.

Although DACA does not offer a route to a green card or citizenship, it protects many individuals and provides a way for them to live a more normal life.

DACA recipients are not legal citizens in the United States and it is possible to lose DACA status by committing certain criminal acts. Any felony convictions will prevent a person from qualifying for DACA.

Some examples of significant misdemeanor crimes include sexual abuse, unlawful possession or use of a firearm, burglary, drug sales, domestic violence, driving under the influence of alcohol or drugs, and any misdemeanors that lead to a jail sentence of greater than 90 days. Individuals who commit three or more non-significant misdemeanors may also lose DACA status. Anyone facing the potential loss of DACA status should consult with an experienced DACA lawyer in Marietta as soon as possible.

If you are a DREAMer facing complications with your immigration status, you should reach out to a legal representative. When it comes to DACA, there is a lot at stake. You should take advantage of the legal protections offered to young people in your situation. To learn more about your rights, speak with a Marietta DACA lawyer today.