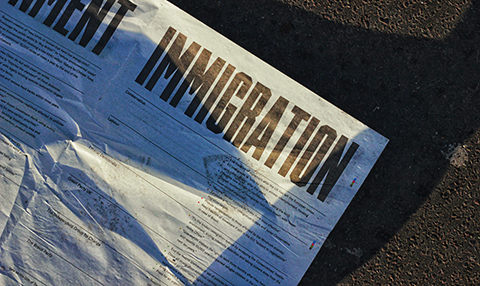 Immigration bonds involve a complex set of rules and regulations. Not every immigrant arrested by the United States Immigration and Customs Enforcement (ICE) will have the right to post bond.

Conflicts involving immigration law can be frightening but families should understand that they do not have to go through the process alone. Hiring a Marietta immigration bond lawyer could help protect your rights throughout the detention procedure. A compassionate immigration attorney could answer all of your important questions and advise you of what legal options are available.

When immigration officers arrest an individual, they can require the person or their family to post a bond with the Department of Homeland Security before the government releases that person. If the detainee manages to pay the bond, they can remain at home during their immigration court proceedings.

Courts often get to decide whether or not a detainee will have the right to place a bond. There are several considerations that a judge will use to determine this right. If law enforcement officers suspect that the detainee committed a dangerous crime and presents a risk to their community, then courts are less likely to offer the opportunity to bond out.

Immigrants who have close family connections in the area and those who will be able to lawfully naturalize at some point in time have a better chance of being able to post bond. A local immigration bond attorney could be able to provide counsel regarding the opportunity to police a detainee on a bond.

At an immigration bond hearing, the court will decide whether to offer a bond and possibly set the bond amount. Courts will review relevant factors regarding criminal history and flight risk during this hearing. It can be difficult for many defendants to convince the court to release them on bond.

In immigration cases, detainees can face even more struggles when trying to convince a judge to release them. Fortunately, a lawyer could help advocate on behalf of the detainee.

After the Bond Hearing

If the court grants the right to post bond, someone will need to pay the appropriate amount in the form of a bank check or money order. An immigration bond company can help individuals place bonds if they lack the finances to pay the total amount. Bonds often cost more than $8,000.

In most cases, ICE will release the detainee the same day or no more than 24 hours from the point in time when the court processes the bond. Once the court releases the detainee, that person may return home, spend time with family, and prepare for their upcoming court case.

It is vital to ensure that the foreign national appears for every court hearing and complies with all court orders. Failing to abide by any orders and not showing for a hearing will result in the government claiming the entire sum of the bond money and probably the individual’s removal from the country. A Marietta bond hearing lawyer could keep track of all relevant orders and court dates.

What Happens When the Foreign National Leaves the Country?

In many cases, the individual who pays the bond will be a friend or family member of the detainee. If the foreign national decides to leave the United States voluntarily, the person who posted the bond may be able to recover the money they paid to release the individual from detention. However, ICE will not release those funds until they receive proof that the individual is no longer in the country.

The U.S. consulate or an embassy in another country will have to provide official documents regarding the individual’s whereabouts. A bilingual attorney could help explain the immigration bond process as it relates to a specific case.

Immigration cases involving an arrest can be highly sensitive and cause emotional distress for that person and their family. Fortunately, a Marietta immigration bond lawyer could work to affirm your rights under the law. Contact an attorney today to schedule your confidential consultation.