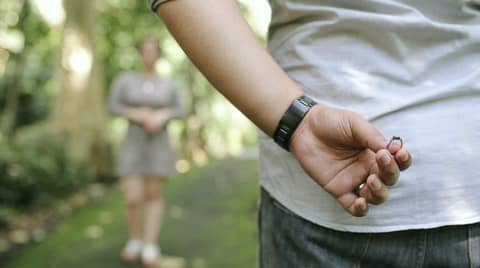 Individuals who wish to bring their foreign-born fiancé to the United States can do so through the k-1 fiance visa process. These nonimmigrant visas are offered through United States Citizenship and Immigration Services (USCIS), and U.S. citizens can begin this process by filing a Form I-129F: Petition for Alien Fiancé. An experienced immigration lawyer can assist you in petitioning for this visa for your fiancé.

What Is the K-1 Fiancé Visa?

The K-1 fiancé visa is a document that permits the foreign fiancé of a U.S. citizen to travel to the U.S. Individuals admitted into the U.S. on a K-1 visa must marry their citizen fiancé within 90 days to remain in the country and to have the right to apply for lawful permanent resident status, which is signified by the issuance of a document known as a green card.

In order to petition for a K-1 fiancé visa, the petitioner (the U.S. citizen who wishes to bring their foreign fiancé to the U.S.) must first ensure that they and their fiancé are eligible to obtain a visa through this process. Eligibility requirements include:

If the foreign fiancé has children under the age of 21, a petition can be made for K-2 visas upon the approval of their parent’s K-1.

The visa process begins when the petitioner submits Form I-129F. The case will be sent to the U.S. Embassy or Consulate where the foreign fiancé resides. Interviews may be conducted with both parties in order to go over required documents and to ask for further information of the petitioner and their fiancé in order to determine the validity of the petition and whether the petitioner has met the requirements to grant the K-1 fiancé visa.

In order to obtain a K-1 visa, the applicant will have to show:

Additionally, the petitioner must provide evidence that they are able to financially support their foreign fiancé by completing Form I-134: Affidavit of Support.

What Happens After a K-1 Visa Approval?

When the K-1 visa is approved, the sealed packet of visa contents will be delivered to the petitioner’s foreign fiancé, and they will be permitted to travel to the United States in order to marry within 90 days.

An experienced immigration lawyer can help you prepare the documents needed for K-1 visa approval as well as offer guidance and services if the petition is denied or other issues are encountered during the process. Contact an immigration lawyer today for more information.

How long does it take for a K-1 visa to be approved?

The time for approval of the visa can vary, depending on factors such as whether the petitioner submitted the required information or if there is a need for further administrative processes after the U.S. Embassy or Consulate has conducted its initial interview.

What happens if you don't get married within 90 days?

If the petitioner and their foreign fiancé fail to legally marry within 90 days of the issuance of the visa, the petitioner will either have to petition for a different type of visa for their fiancé or face the risk of deportation proceedings being started against the fiancé. It is important to speak with an experienced immigration attorney who can assist you in preparing a strong deportation defense or help you in determining another avenue to allow your fiancé to legally remain in the country.

Is the child of a K-1 visa applicant permitted to come to the U.S. too?

Yes. Children under the age of 21 are permitted to come to the U.S. on a K-2 visa, which is approved based on the approval of their parent’s K-1 application.